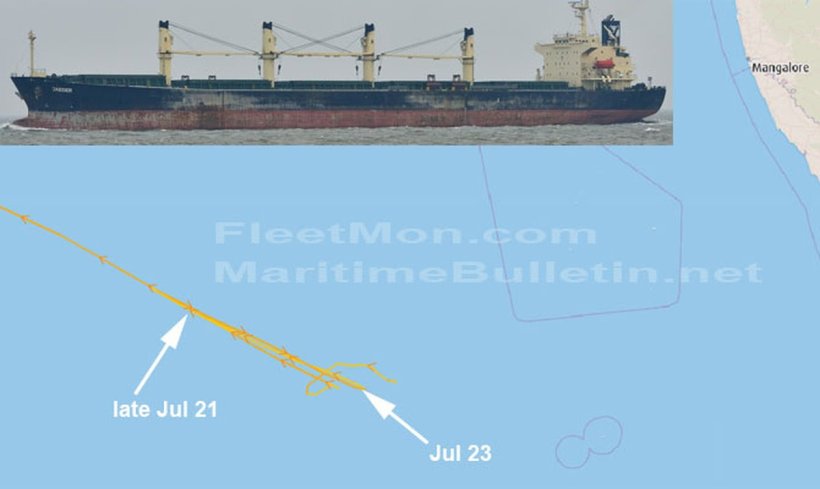 Rather unusual incident involving armed guard took place on board of bulk carrier JAEGER, manager by one of the biggest bulk carriers operating companies, Eagle Bulk Shipping Inc. On Jul 21 JAEGER took on board 3-men strong security team in Arabian sea while en route from Singapore to Suez, understood from private security vessel or boat, to provide safe passage via Gulf of Aden and Red sea. Once on board, one of the guards did not surrender his weapon to the vessel’s Captain as protocol requires, and then took control of the ship, as he voiced his grievances and demanded several months wage delay. According to Eagle Bulk Statement: “Eagle Bulk in coordination with maritime security experts, worked to deescalate the situation and after a period of approximately three days, the guard surrendered his weapon and allowed the ship to continue on its original course”. Reportedly he was disembarked on Aug 1, not clear how, where and by what means. As of 0700 UTC Aug 3, the ship was already in Suez Canal on a northbound transit.
Eagle Bulk has nothing to do, of course, with guard’s wage delays, it’s security agency’s fault, but on the other hand, if Eagle Bulk is hiring low-rate security (like many other owners and operators do, in GoA region), Eagle Bulk is partially responsible for incidents involving armed guards.