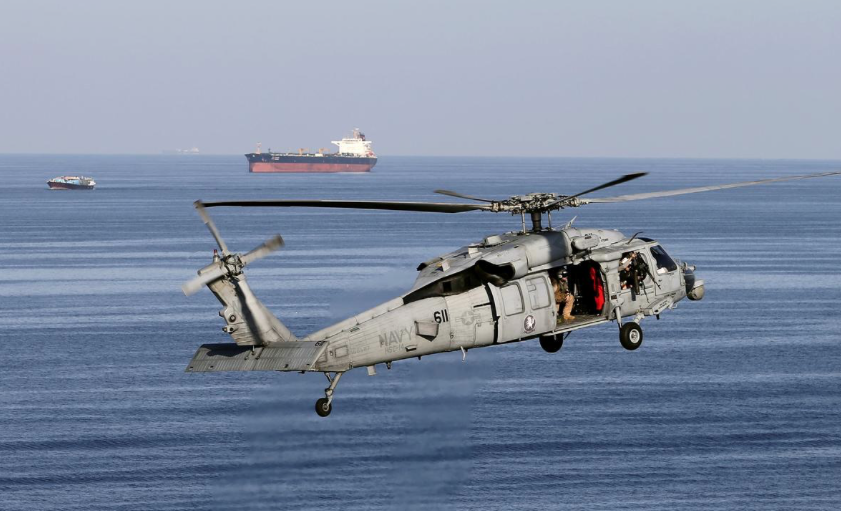 LONDON (Reuters) – Shipping associations have called on ship owners to inform Britain’s navy of their movements before sailing into the Middle East Gulf and Strait of Hormuz because of the escalating international crisis in the region.

About a fifth of the world’s oil passes through the Strait of Hormuz and shipping companies are already deploying more unarmed security guards as an extra safeguard.

However, in a joint note issued by the leading trade associations on Monday, ship captains were requested to register with the Royal Navy’s liaison body, the United Kingdom Marine Trade Operations, and to provide their transit plans 24 to 48 hours before entering the region.

Details requested included the nationalities of crew members and any ship speed constraints.

The information provided would be passed onto the U.S. navy and other naval forces involved in efforts to create a United States-led multinational security initiative known as Operation Sentinel. Washington says the plan is to increase surveillance of and security in key waterways in the Middle East.

“While the United States has committed to supporting this initiative, contributions and leadership from regional and international partners will be required,” shipping association BIMCO said in a note accompanying the advisory.

UK Foreign Secretary Jeremy Hunt told parliament on Monday that Britain will seek to put together a European-led maritime protection mission to ensure safe shipping through the Strait of Hormuz after Iran seized a British-flagged vessel in what London said was an act of “state piracy”.

One tanker owner said: “We will time transits for daylight hours and proceed at maximum speed.”