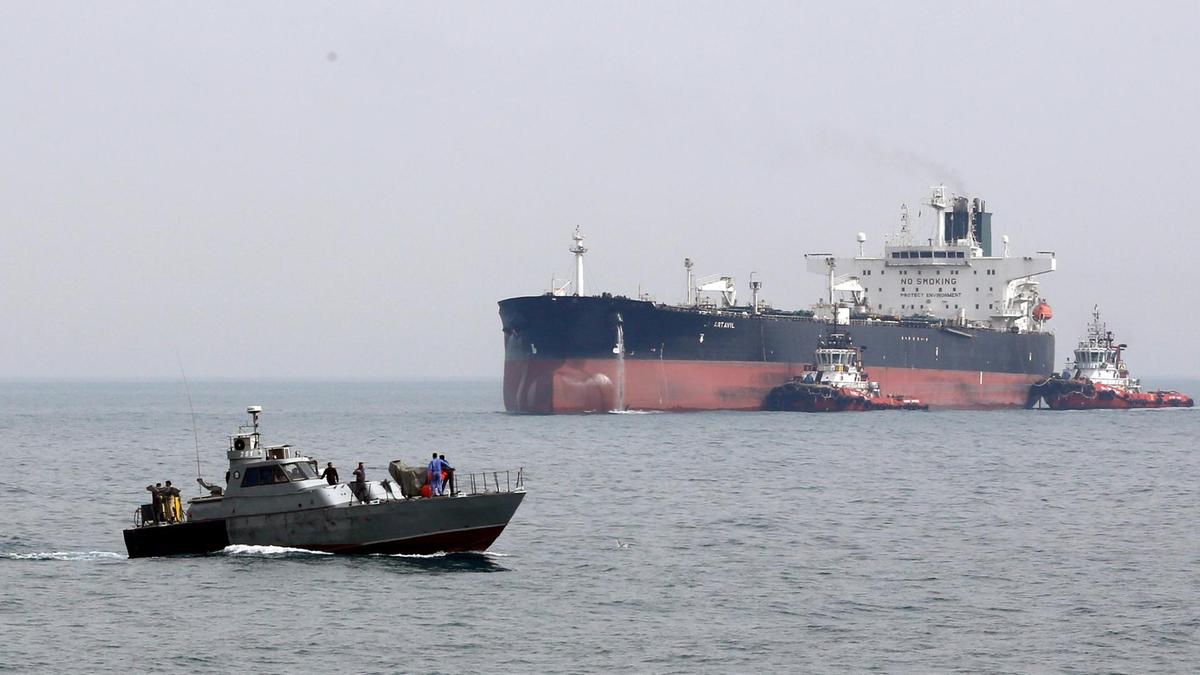 State television quoted the Revolutionary Guards as saying the vessel was holding one million litres of fuel, accusing the crew of oil smuggling

“A foreign vessel smuggling one million litres of fuel in the Lark Island of the Gulf has been seized,” the station said, adding that the ship was seized on Sunday.

The tanker and 12 of its crew were seized on Sunday “south of the (Iranian) island of Larak” in the Strait of Hormuz, the force’s Sepahnews website said.

The state TV broadcast did not identify the vessel, its flag nor the nationality of the crew it is holding. But it comes just days after an oil tanker, the Panamanian-flagged, UAE-based Riah, disappeared in the Arabian Gulf. Iran said it had been towed to Iranian waters for repairs.

The Revolutionary Guards said the impounded vessel – which Iranian authorities have not yet named – was the same one it towed after it sent a distress call.

“The vessel that Iran towed to its waters after receiving a distress call, was later seized with the order from the court as we found out that it was smuggling fuel,” the Guards said in a statement quoted by state television.

Britain said it was seeking furthering information about reports that Iran has seized a foreign tanker.

“We’re seeking further information following reports of a tanker seized in the Gulf. We continue to urge the Iranian authorities to de-escalate the situation in the region,” a government spokeswoman said.

“We are continuously monitoring the security situation there and are committed to maintaining freedom of navigation, in accordance with international law.”

The seizure also comes as tensions mount between the United States and Iran over the unravelling nuclear deal between Tehran and world powers. On Thursday, Britain’s Defence Minister Penny Mourdant urged Iran to ease tensions in the Gulf but vowed to continue to protect British interests in the Gulf.

US Central Command chief General Kenneth McKenzie said on Thursday that Washington was talking to other countries about freedom of navigation in the Gulf and will work “aggressively” to find a solution to enable free passage.

Gen McKenzie was taking to reporters in Riyadh in a joint news conference with General Prince Fahd bin Turki, commander of the Saudi-led coalition fighting the Iran-aligned Houthis in Yemen.

Iran has threatened to respond to US sanctions on its economy after Washington withdrew from the 2015 nuclear deal, in which Iran agreed to scale back its uranium enrichment in return for the lifting of sanctions, and the British seizure of a tanker believed to be carrying Iranian oil to Syria in breach of EU sanctions.