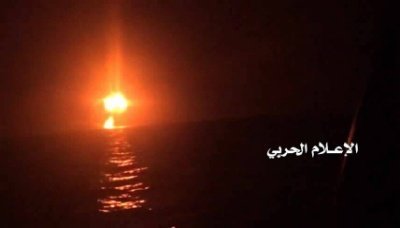 The reported attack took place off the coast of the Yemeni city of Mocha, about 60 miles north of the Bab al-Mandeb Strait. An estimated 4.7 million barrels of oil pass daily through the strait, which links the Gulf of Aden to the Red Sea.

“The navy of the army and popular forces on Wednesday targeted a warship belonging to a Saudi-led coalition while it was carrying out hostile acts off Mokha coast of Taiz province,” a Houthi military official was quoted as saying by the Houthi-affiliated Saba news agency.