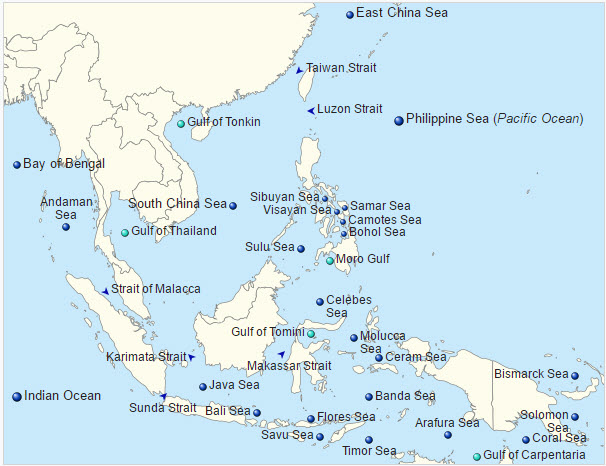 Malaysia, Philippines and Indonesia are slated to meet on June 19 to finalize the deployment of joint naval patrols as the region prepares for increasing terrorist activity.

The collaboration of the ASEAN tripartite states comes after worsening armed conflict between Philippine soldiers and 300 to 500 ISIS-inspired militants from groups in Marawi City, Mindanao in the Southern Philippines.

Malaysian Defense Minister Hishammuddin Hussein spoke at a security summit in Singapore warning the war could overflow into the maritime environment. Hussein said the patrols will be backed up with air surveillance patrols to effectively locate the heavily armed pirates who have been victimizing sailors in their kidnap-for-ransom and terror activities.

The East ASEAN region, particularly the waters of Mindanao, has seen an increase in armed piracy with the recent abduction of several Malaysian, Indonesian and Vietnamese sailors.

According to Asian media, the Abu Sayyaf group, who is often suspected to have masterminded these maritime attacks, has made $12 million from kidnap-for-ransom activities since 2012. The frequency of the attacks has caused the Sulu Straits to be referred to as the “Somalia” of Southeast Asia.

Shipowners have been pressuring their respective governments to address the issue, and Hishammuddin said the three countries have initiated the joint patrol “to avoid being accused of doing nothing.” He said that Malaysia, Indonesia and Singapore conducted joint patrols in the in the Malacca Strait, and he wanted a similar initiative to be replicated in the Sulu Straits.

Philippine President Rodrigo Duterte has repeatedly announced that Southeast Asian militants who joined ISIS in Iraq and Syria will likely be defeated in Syria as a result of U.S.-led air strikes. Once ISIS loses territory there, militants from the Middle East could look to Mindanao as their next base.

According to Indonesian Defence Minister Ryamizard Ryacudu, 1,200 Islamic State operatives including 40 Indonesians are now present in the Philippines. Ryacudu described the militants as killing machines and has proposed full-scale regional cooperation to contain the threat.

The security patrols were recommended because of the proximity of Mindanao to Malaysia and Indonesia. One can move to any of these countries in less than 24 hours by sea, making the area conducive to the establishment of terror cell networks in the region.

There are three major armed major militants operating in the Philippines who recently pledged allegiance to ISIS. They are the Abu Sayyaf Group, Ansar Khalifa and the Maute Group, the Lanao-based miltant group who is presently battling soldiers in Marawi in the Philippines.

The ongoing Marawi armed conflict has seen 120 terrorists, 36 soldiers and 19 civilians killed. While there are 3,000 residents trapped in the crossfire, more than 100,000 residents have fled out of Marawi to seek refuge in nearby cities and municipalities.

Maritime Analyst Catherine Zara Raymond in her study Maritime Terrorism in Southeast Asia: A Risk Assessment, forewarned in 2007 that “there are inherent weaknesses present in the maritime transport industry.” It also finds that there are terrorist groups in the region with maritime capabilities who possess the motives to target Western and economic interests.

Thus, while ASEAN has become the world’s third largest economy behind China and India and one of the fastest growing region’s in the world in terms of GDP, the region also faces struggles with growing maritime terrorism that threatens the region’s maritime industry.

The Southern Philippines is presently under the state of Martial Law to allow military powers suppress terrorists, but lawmaker Tom Villarin is expected to challenge the Martial Law declaration in the higher court saying that Martial Law has only achieved what the extremists want – that is to create a climate of fear.