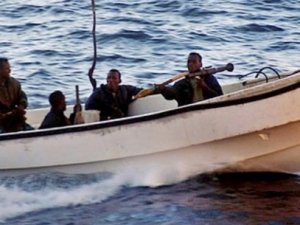 Six seamen were kidnapped after general cargo ship was attacked by pirates in Gulf of Guinea on 32 nautical miles southwest off Bonny island in Nigeria, reported International Maritime Bureau (IMB). The vessel was underway, when was approached by fast boat with armed men on board, who succeeded to board her and to take control. The pirates robbed the cabins and took six crew members as hostages and fled away. The crew of the general cargo ship reported the accident to Nigerian navy and proceeded to Bonny anchorage, where successfully docked for further investigation.